The challenge of efficient bulk grain sampling for road trains and freight trains. 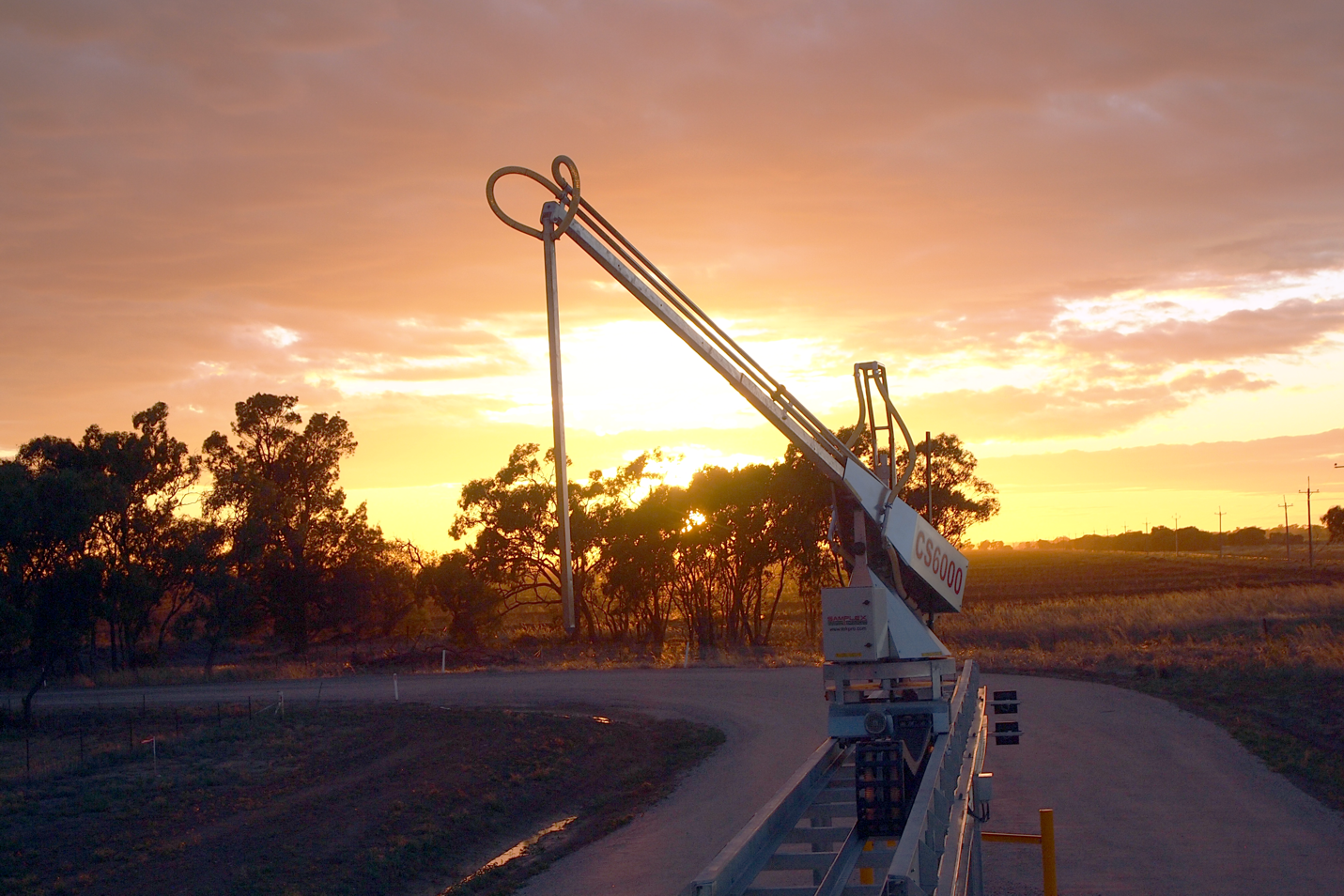 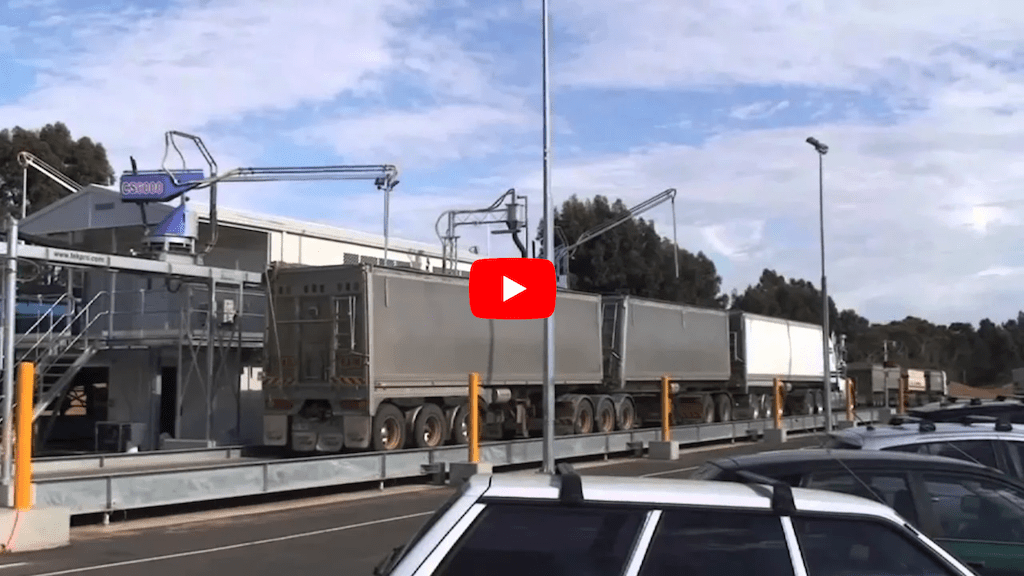 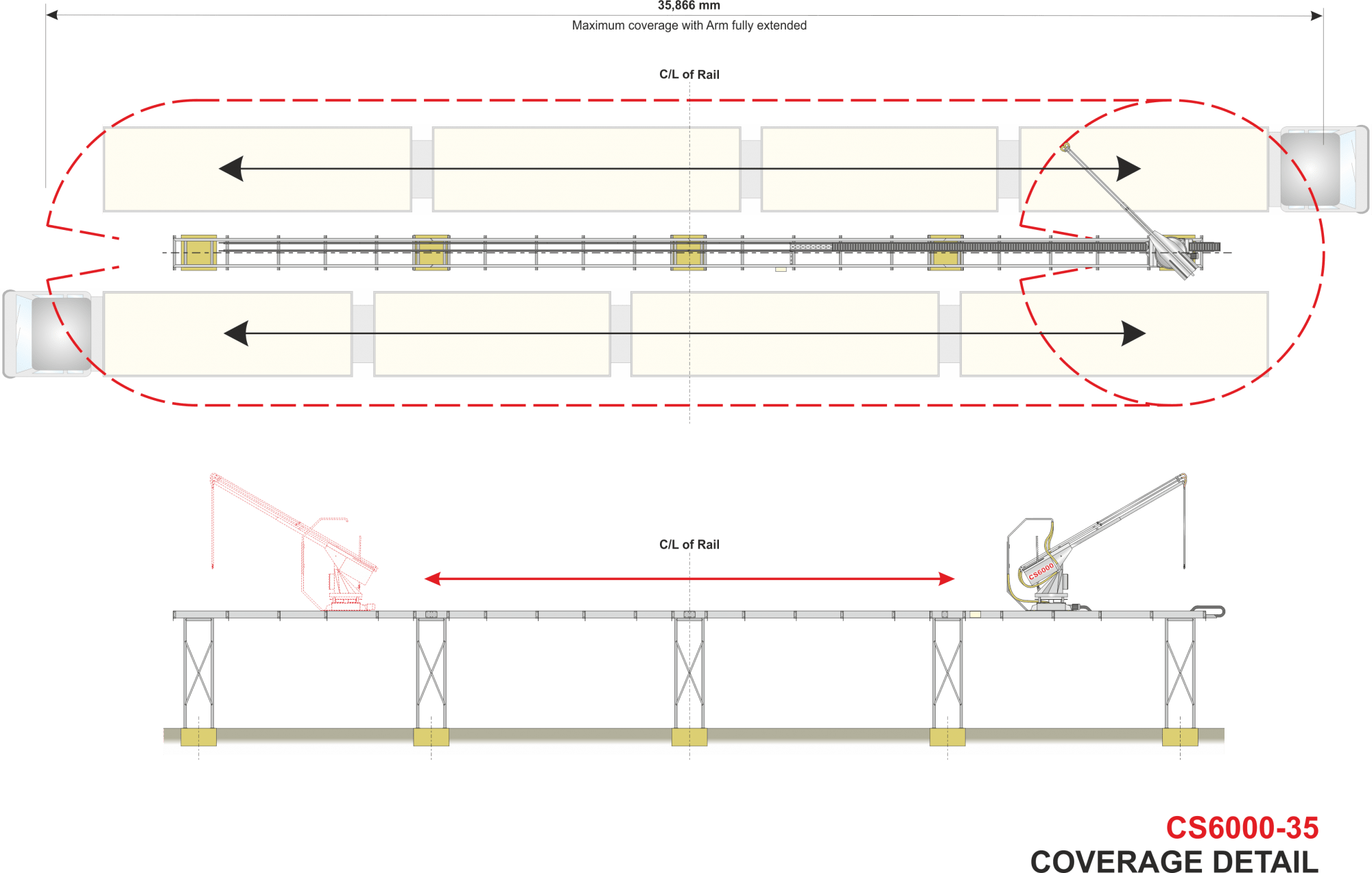 Below is an article published in Milling and Grain Magazine April 2020...

“In the quest for greater bulk transportation efficiency and reduced emissions, road trains and freight trains are increasing in length. This applies in particular to Australia, one of the world leaders in road train bulk transportation, as well as USA, and Canada. South East Asia and South America are likely to follow suit. However, this increased efficiency is creating a problem at grain storage sites… bulk sampling bottlenecks!

In Australia, where a number of states are now allowing quad trailer configurations, some sites have had to increase the size of their weighbridges to accommodate more trailers in one go. But this has moved the bottleneck onto their bulk sampling activities, as the increased road train length means it needs to be moved along part way through sampling so that all the trailers can be tested.
What is the solution?
To achieve the greater efficiency necessary in Australia, multiple grain storage sites have been working with Tekpro, British manufacturers of the class leading Samplex CS6000 bulk grain sampler, to develop a new version that can sample up to 4 road train trailers without the need to re-position the vehicle during the process.
The CS6000 sampler runs on rails and already offers coverage of 14m, 21m and 28m to sample, single, double or triple trailer configurations. To sample quad trailers the maximum coverage has now been extended from 28m to over 35m and the semi-automatic software programme which controls the sampler has also been updated. The quad trailer Samplex CS6000 was officially launched in January 2020.
With this addition to the Samplex range, once the quad road train is in position there is now no need for it to be moved again during sampling. This provides significant advantages for both the transport operator and the grain storage site as less truck movement saves time. So a typical site can now sample more road trains every day, as well as reduce emissions and increase safety for personnel. These same advantages also apply to freight train sampling too as the number of times the train may need to be re-positioned will be reduced.
So what makes Samplex bulk samplers such an attractive proposition?
Samplex first developed their bulk grain sampling machines back in 1987 and the ever popular CS90 has been in continuous production ever-since. The entire range has been carefully refined and developed over the years, to ensure safety, reliability, efficiency and most importantly that samples are truly representative of the entire load. Their key design principles are:
1) Safety
• All sampling can be controlled from the safety of the office by using the Samplex high definition observation system with camera mounted on the machine head or their spear cam, ensuring the sample process can be fully monitored. This means that employees are not exposed to slips and falls or hazardous dust during sampling, thereby meeting the current health and safety requirements.
• All Samplex machines are electro-mechanical, they do not use hydraulics, which is important for 2 reasons
• No risk of contaminating load with hydraulic fluid leaks
• The sample head features friction wheel rotation… should a vehicle move before the sample spear has been fully withdrawn from the load, the head will rotate, preventing serious damage. In the same situation a hydraulic machine can suffer catastrophic failure as well as contaminating the contents of the load with hydraulic fluid.
2) Reliability
• Continuously in production since 1987, their machines are well proven
• Their rail systems use a twin rail for stability which reduces wear and stress during use.
• Bottom of load detection to ensure damage to vehicle and spear is prevented, and full depth is sampled too.
• For servicing and maintenance requirements, Tekpro have worldwide spares distribution to ensure downtime is minimised.
3) Efficiency
• With a number of modes offering manual and automatic operation, Samplex products can minimise the time required to bulk sample.
• All models can offer dual lane sampling, meaning vehicles in the first lane can change over whilst the sampler is operating in the second lane, saving valuable time.
• The sample spear aperture can be adjusted for free-flowing powders as well as grain size up to a maximum of 30x16mm.
• Samples are automatically transported to a reception chamber with a transparent tube to allow for instant viewing and faster turnaround.
4) Representative sampling… nowhere to hide
Their machines provide consistently accurate and more representative sampling.
• The Samplex spear uses gravity to obtain a sample as it passes through the load and once captured it uses positive air to transport it through the system rather than suction which can bias the sample with dust, therefore distorting the sample results.
• By allowing sampling at virtually any point in the load their machine can ensure that all known areas for deposits of sub-standard bulk products can be checked.
But what if you don’t need to sample road trains or freight trains?

The ever-popular Samplex CS90 is the go-to product for those looking for something that will provide efficient and representative sampling of single trailers with its 8.6m coverage. Just like its big brother the CS6000 it offers many of the above design benefits including telescopic action for improved coverage and positioning of the spear. The main difference is that it’s static, and not track mounted.
And for those who are looking for a more basic sampler, their CS30 sampler may be worth a look as they are ideal for smaller volume grain sites.”